By: 'So Kanno’ in collaboration with Ibo Ibelings 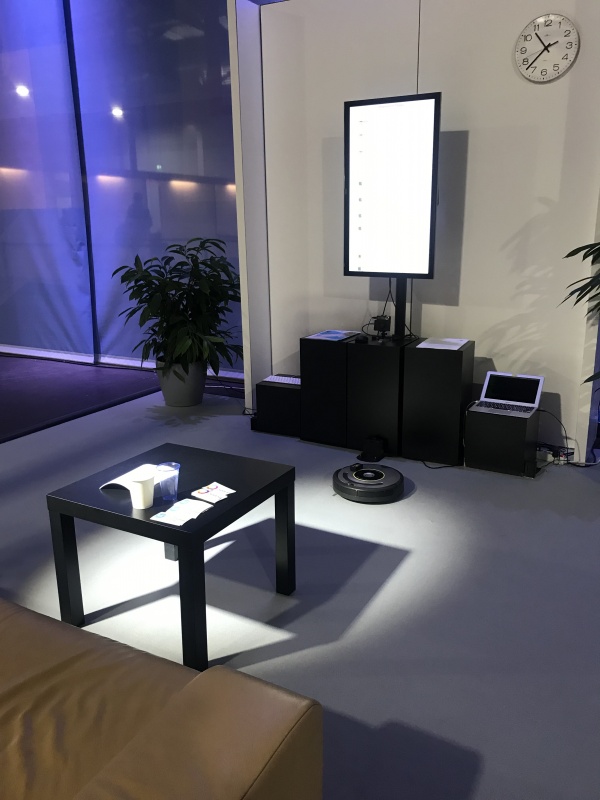 What at a first glance looks like an ordinary living room, slowly reveals and unravels conversations by the living room furniture through their social media accounts. Objects such as a sofa, table, plants or a robotic vacuum discuss issues such as privacy, sexuality, gender, nationality and more. They also spot visitors entering the living room and try to identify them by guessing their gender, age, skin or hair colour and other characteristics.

Chatroom of Things presents us with a world where technology is embedded in the fabric of objects and environments that surround us. It questions how objects might see and perceive the world, and how they might become active agents in the IoT age and in increasingly connected environments, moving away from a human-centered approach.

Chatroom of Things was developed by So Kanno as part of a STARTS Residency in collaboration with CREATE IoT and produced by Retune.

In a post IoT age, all things could have sensors or chips and they could behave as organic things. So to give people a new perspective is part of this project - So Kanno

So Kanno: I was trying to use consumer IoT products already on the market, at first. Because then [the project] would look more realistic. But I found out that most products have their own app, and communication uses its own proprietary protocol. So, in the end, much of the technology I use are made for developers.

Sensors are connected to micro controller called ESP. These are connected to a server programme which is written in Javascript on a Mac computer. A smart camera is also connected to the server. The computer vision program is running on it, so the server simply interrogates the smart camera which answers with what it has detected. Integrated with this are other sensors and a twitter server. Additionally there’s moving head which allows the device to spot things, which is controlled using the DMX protocol (common to lighting systems).

The Internet of Things is opening up a world of many possibilities but also of opaque layers. Moving to this world populated with connected objects and invisible agents, questions of privacy, security, consent, trust and accountability are becoming more challenging and difficult to determine. Issues like these can become demanding even for specialists and they get too complex and inaccessible for citizens.

Chatroom of Things exposes these imminent issues in an engaging and captivating way and invites us to take part in much needed conversations.